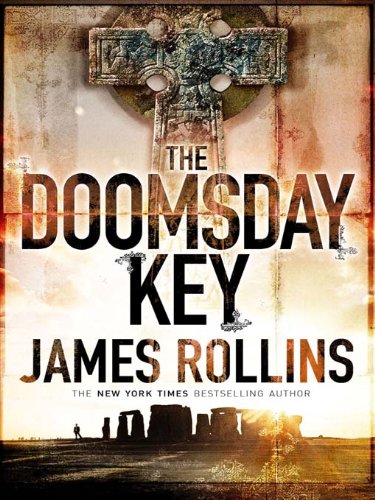 James Rollins, the New York Times bestselling master of nail-biting suspense and historical mystery, combines cutting-edge biotechnology with a centuries-old secret in an apocalyptic story that reveals where humankind is truly headed

At Princeton University, a famed geneticist dies inside a biohazard lab. In Rome, a Vatican archaeologist is found dead in St. Peter's Basilica. In Africa, a U.S. senator's son is slain outside a Red Cross camp. The three murders on three continents bear a horrifying connection: all the victims are marked by a Druidic pagan cross burned into their flesh.

The bizarre murders thrust Commander Gray Pierce and Sigma Force into a race against time to solve a riddle going back centuries, to a ghastly crime against humanity hidden within a cryptic medieval codex. The first clue is discovered inside a mummified corpse buried in an English peat bog--a gruesome secret that threatens America and the world.

Aided by two women from his past--one his exlover, the other his new partner--Gray must piece together the horrifying truth. But the revelations come at a high cost, and to save the future, Gray will have to sacrifice one of the women at his side. That alone might not be enough, as the true path to salvation is revealed in a dark prophecy of doom.

Sigma Force confronts humankind's greatest threat in an adventure that races from the Roman Coliseum to the icy peaks of Norway, from the ruins of medieval abbeys to the lost tombs of Celtic kings. The ultimate nightmare is locked within a talisman buried by a dead saint--an ancient artifact known as the Doomsday Key.