Showing The Fox by Arlene Radasky 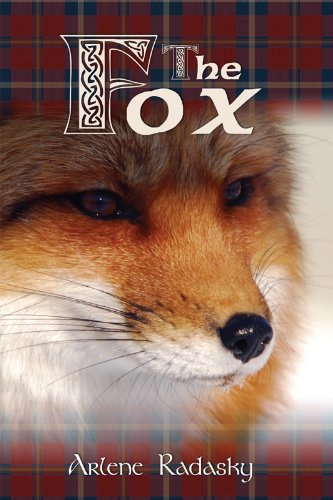 Dramatic in all the right ways, The Fox by new author Arlene Radasky does for bog bodies and Druids what no author in time has ever done; she celebrates ancient history, endless romance and undying love. Brilliant and utterly breathtaking, Radasky’s is a powerful new voice in romance, fantasy, and historical fiction. Bravo!

The Romans’ path of destruction jeopardizes a Caledonian clan unless they are able to strike a bargain with the Gods, which ultimately means a human sacrifice. Jahna is a member of this first century tribe. She has the power to merge minds, which she chooses to do with a twenty-first century woman, Aine MacRae and her contemporary, a young man Lovern, to whom she was hand-fasted in her time and of whom she shared a child, in order to save her people. In the name of the gods, Lovern was killed. Druids place his body in the sacred Black Lake, but through a visit from his ghost, Jahna sends their child away thus securing their bloodline. In the midst of madness, Jahna lives just long enough to reveal to Aine, her grief. Two thousand years later, in the year 2005, Aine is hoping to reestablish her career as an archaeologist and assists in the excavation in the Highlands of Scotland of a first century Caledonian chieftain’s tomb with fellow archaeologist, Marc Hunt. As the fates align, Jahna, guides Aine to one bronze bowl, then another, and when she is led by a ghost, Aine uncovers a two thousand year old man encased in a bog. As the circle goes unbroken, a heart’s chains are loosened and it is understood that Aine and Marc are able to rediscover their past love.