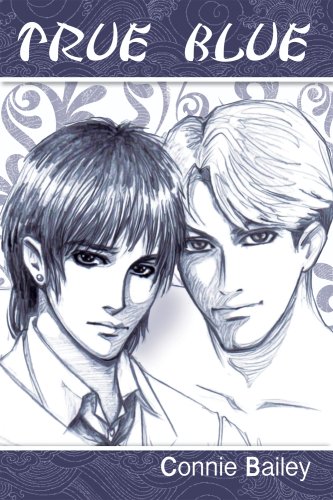 It wasn't the first time Heydn Case had to transfer to a new school, but Acton-Pierce Academy was the prep school of choice for people with a lot more money than he had. As always, the good-natured Texan was hoping to find a friend; his assigned roommate was hoping to be left alone and said so rather bluntly.

Heydn had never met anyone quite like Blue Barclay, the campus's resident eccentric loner, but the two young men soon find they have more in common than they might have imagined. Friendship quickly takes on a new dimension of physical intimacy accompanied by bewildering new feelings. However, Blue and Heydn are given little time to explore and understand what is growing between them before they're pulled apart.

Heydn is chosen for the track team and befriended by a popular senior. Fearing, rightly, that their relationship would cost him the place he's won at Acton, Heydn turns his back on Blue. He feels he's made the right choice for his future, but when Blue finds a new friend, Heydn realizes he's made a terrible mistake. Is it too late for him to try to win Blue's heart again?