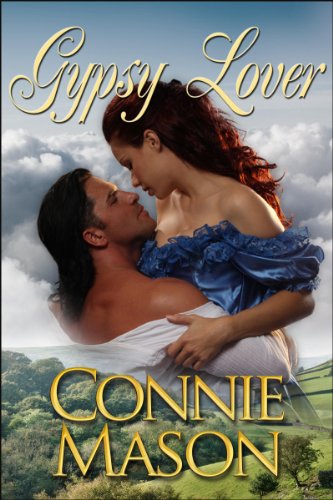 "You are nothing but a gypsy!" So the haughty Lord Lonsdale accused Dante at the reading of his grandfather's will. To the astonishment of the ton, the late marquis had disinherited the petulant lord, leaving his vast estate to the darkly handsome Romany horse trader. Acres of land, fabulous wealth, rich manor houses - all these were his for the taking, provided Dante would also take the bride his grandfather had specified.

“You stole a kiss from me the first time we met.” So claimed Lady Esme Harcourt. The arrogant gypsy had swept her into his arms at a country fair, awakening both her desire and her disdain. Though her hand might be promised to the new Marquis of Alston, she swore she would never agree to wed a man whose birth put her so far beneath her. But no matter how she protested against Dante as her husband, her heart had already accepted the free-spirited Rom as her wild … Gypsy Lover.