Showing The Next Accident by Lisa Gardner 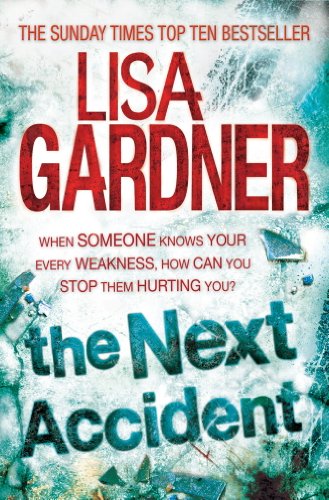 The third book in the FBI Profiler series from The Sunday Times and New York Times bestseller Lisa Gardner. IF AN ACCIDENT WAS JUST WAITING TO HAPPEN... When FBI Special Agent Pierce Quincy's daughter was killed in a tragic accident, her drink problem and chequered past ensured that the official report deemed it just that - an accident. But what if someone knew her weaknesses? What if someone knew just how to catch her at her most vulnerable? What if someone was determined to kill her? Ex-cop Rainie Connor jumps at the chance to help Quincy after he saw her through the darkest days of her life. Together, they move closer to the twisted psychopath responsible - someone who craves revenge, who feeds on fear, someone who knows Quincy has another daughter, just as precious to him as Mandy. But as they race against time to save Quincy's surviving daughter from her sister's fate, they know must take drastic action and decide that they need bait - Rainie. Can the killer resist the temptation of Quincy's ex-lover? And will Rainie live to regret her decision? HOW FAR WOULD YOU GO TO STOP IT?