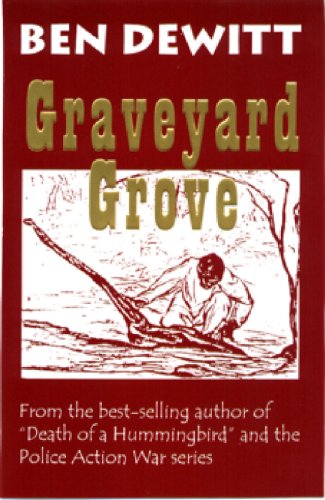 Floyd Carter was one of the best homicide detectives in Detroit. Coming out of the closet didn't change his ability, only his beat. He was the Gay Crimes Division. When one of Detroit's best is murdered outside a gay establishment, Detective Carter is assigned the high profile case, getting stuck with Jefferson Davis Treat, retired wide receiver for the Detroit Lions, as his unofficial partner.

Detective Carter and his unlikely partner's investigation leads them into the underground world of international prescription drug traffic and the sadistic underbelly of the people who profit from it. It becomes an international urban war between organized, vicious criminals and the law enforcement agents who find the Graveyard Grove.

Ben DeWitt brings a host of unforgettable characters together in this suspenseful tale of murder.