Showing The White War: Life and Death on the Italian Front 1915-1919 by Mark Thompson 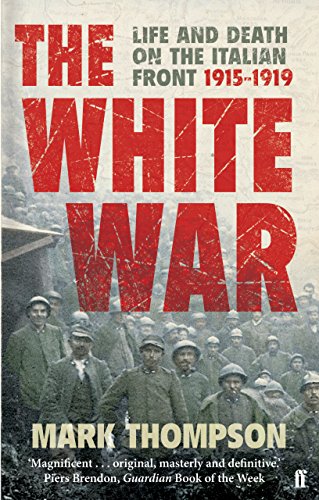 The Western Front dominates our memories of the First World War. Yet a million and half men died in North East Italy in a war that need never have happened, when Italy declared war on the Habsburg Empire in May 1915. Led by General Luigi Cadorna, the most ruthless of all the Great War commanders, waves of Italian conscripts were sent charging up the limestone hills north of Trieste to be massacred by troops fighting to save their homelands. This is a great, tragic military history of a war that gave birth to fascism. Mussolini fought in these trenches, but so did many of the greatest modernist writers in Italian and German - Ungaretti, Gadda, Musil, Hemingway. It is through these accounts that Mark Thompson, with great skill and empathy, brings to life this forgotten conflict.