Showing A Short History of Tractors in Ukrainian by Marina Lewycka 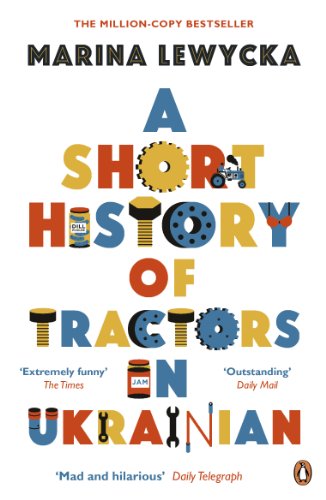 'Two years after my mother died, my father fell in love with a glamorous blonde Ukrainian divorcee. He was eighty-four and she was thirty-six. She exploded into our lives like a fluffy pink grenade, churning up the murky water, bringing to the surface a sludge of sloughed-off memories, giving the family ghosts a kick up the backside.'

Sisters Vera and Nadezhda must aside a lifetime of feuding to save their émigré engineer father from voluptuous gold-digger Valentina. With her proclivity for green satin underwear and boil-in-the-bag cuisine, she will stop at nothing in her pursuit of Western wealth.

But the sisters' campaign to oust Valentina unearths family secrets, uncovers fifty years of Europe's darkest history and sends them back to roots they'd much rather forget . . .

'It's rare to find a first novel that gets so much right . . . Lewycka is a seriously talented comic writer' Time Out

Bestselling author Marina Lewkyca has received great critical acclaim since the publication of her hilarious first novel A Short History of Tractors in Ukrainian in 2005, which was the winner of the Bollinger Everyman Prize for Comic Fiction 2005, winner of the Saga Award for Wit 2005, shortlisted for the Orange Prize for Fiction 2005 and longlisted for the Booker prize 2005. Her other humorous novels Two Caravans (published as Strawberry Fields in the USA and Canada), We Are All Made of Glue and Various Pets Alive and Dead are also available from Penguin.