Showing The Archbishop in Andalusia by Andrew Greeley 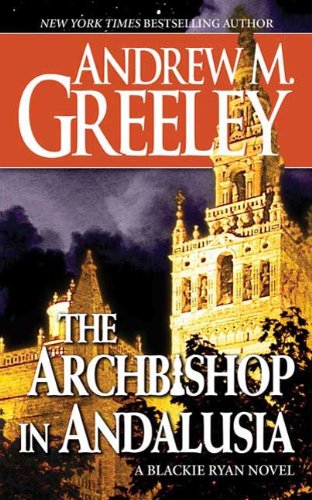 Taking leave of his usual Chicago haunts, Archbishop John Blackwood Ryan travels to the south of Spain in this latest mystery by bestselling author Andrew M. Greeley. Ostensibly "Blackie" is in the historic city of Seville to attend a conference on American philosophy, but a far more critical assignment also requires his attention. The local cardinal has summoned the wily archbishop to Spain in hopes that Blackie can avert a murder before it happens.

The threat of violence hangs ominously over the regal palace of a family of wealthy Spanish aristocrats. Dona Teresa, a pious widow whose exotic beauty unsettles even Blackie, finds herself beset by avaricious relatives determined to control her life and fortune. A tangled web of obligations, traditions, and frustrated sexual desires binds the family together even as they bitterly contend against one another. With three generations of passionate nobility sharing the same roof, it seems only a matter of time before pride, greed, and lust leads to bloodshed.

But while the archbishop attempts to forestall a modern-day Spanish tragedy, dramatic events back in Chicago conspire to change his life forever. . . .

The Archbishop in Andalusia opens an exciting new chapter in the illustrious career of one of Andrew Greeley's most beloved characters.