Showing Love on the Run by Marie-Nicole Ryan 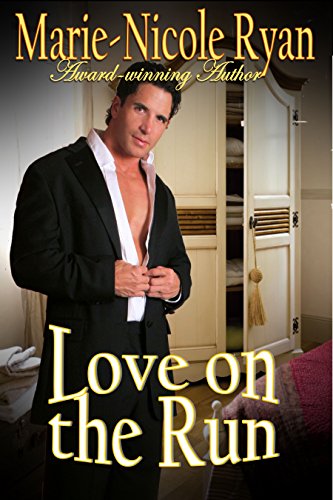 Running from a killer, Miranda is fighting for her and her son’s life—and the chance to love again.

Miranda Raines believes she’s found a safe haven in Oxford, England, until Scotland Yard’s DCI David French knocks on her door with terrifying news: her ex-husband, a convicted murderer, has escaped from prison and he's coming for her. For years, Miranda has harbored a secret passion for the driven Chief Inspector. With no other choice, she has to trust him. She just hopes she can guard her heart, at least as well as he guards her.

After thwarting her ex's first attack, David spirits Miranda and her young son out of England, and the three of them end up on the run across Europe. David has no intention of falling in love again, but with each passing day Miranda awakens emotions he thought long dead.

Could this be their forever love? With a killer on their trail, they may not live long enough to find out.