Showing The Company of Strangers by Robert Wilson 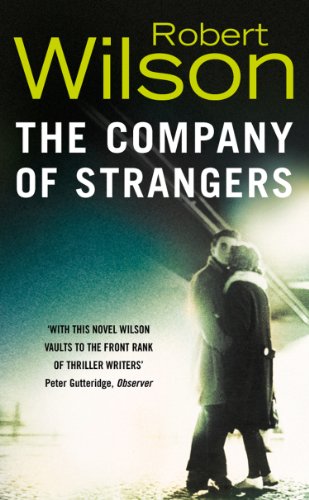 Stunning European-based thriller from an acclaimed young British author: ‘A class act’ – Sunday Times; ‘First in a field of one’ – Literary Review

Lisbon 1944. In the torrid summer heat, as the streets of the capital seethe with spies and informers, the endgame of the Intelligence war is being silently fought.

Andrea Aspinall, mathematician and spy, enters this sophisticated world through a wealthy household in Estoril. Karl Voss, military attaché to the German Legation, has arrived embittered by his implication in the murder of a Reichsminister and traumatized by Stalingrad, on a mission to rescue Germany from annihilation. In the lethal tranquility of this corrupted paradise they meet and attempt to find love in a world where no-one can be believed.

After a night of extreme violence, Andrea is left with a lifelong addiction to the clandestine world that leads her from the brutal Portuguese fascist régime to the paranoia of Cold War Germany, where she is forced to make the final and the hardest choice.