Showing Flight of the Hawk by G. R. Grove 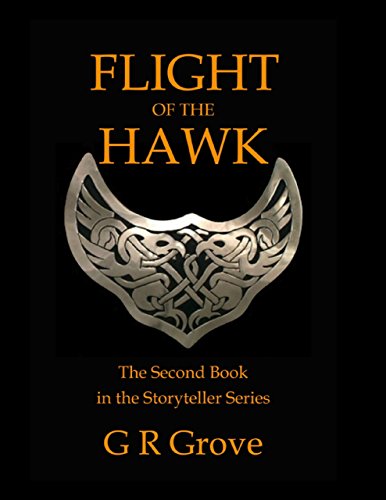 Britain in the summer of 551 AD: The North is a tinderbox about to burst into flame, the Saxons are stirring again in the East, and Cynan Garwyn, Prince of Powys, is doing his best to foment war in the South. In the midst of this simmering chaos, two young bards - Gwernin Storyteller and his friend Neirin mab Dwywei, the Poet-Prince that some call "Taliesin's Hawk" - are sent to the North by their master to investigate the rumors and do what they can to prevent a war. At least, that was their mission - but the two young men find plenty of other adventures along the way. Girls and beer, bloodshed and magic - will they survive the summer and make it home alive? This is the second book in the Storyteller series.