Showing Wainwright: The Man Who Loved the Lakes by Martin Wainwright 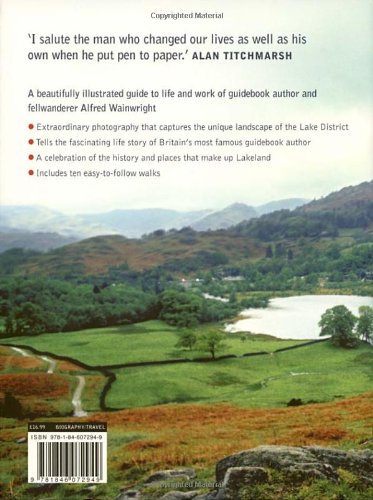 Like Coast, the book is a celebration of the British landscape, specifically the Lake District, and it tells the remarkable story of Alfred Wainwright who in 1952 decided to hand draw a series of guides to the fells of Lakeland. For the next 13 years he spent every weekend walking, and every weekday evening drawing and writing - completing one page per night. The result was Wainwright's Pictorial Guides to the Lakeland Fells. Although initially self published they have now sold over a million copies and are still popular and much loved today. He went on to present a series of TV shows on the BBC about walking in the Lake District that made him even better known. Like Fred Dibnah he was an unlikely celebrity, he preferred his own company and thought walking in the countryside should be a solitary rather than group pursuit. This year marks the 100th anniversary of his birth and this TV series and book are sure to introduce him to a new generation of lovers of the countryside. Features some of Wainwright's favourite walks and is lavishly illustrated including a large number of aerial shots of Lakeland.