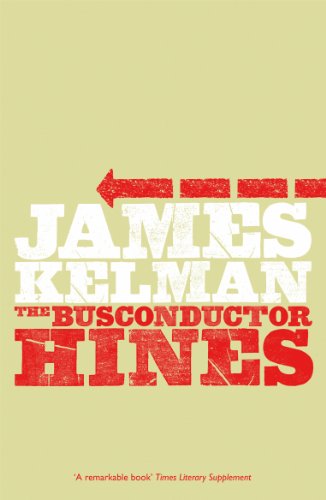 Masterly ... the only work of realistic literary art to show what is happening to most of the British people here and now.’  Alasdair Gray With Kelman, and with other writers such as Alasdair Gray, the great city of Glasgow and urban Scotland in general are finding the literary voices they deserve.’  British Book News A remarkable book ... intelligent, exploratory and sometimes very touching.’  Times Literary Supplement Living in a bedsit, just coping with the boredom of being a busconductor, and fully aware that his plans to emigrate to Australia won’t come to anything, Robert Hines is a young Glaswegian leading a pretty drab life. There are compensations, however, in his wife and child, and his eccentric, anarchic imagination. Kelman provides a brilliantly executed, uncompromising slice of Glasgow life  an intelligent, funny and humane novel. First published by Polygon in 1984.