Showing The House of Djinn by Suzanne Fisher Staples 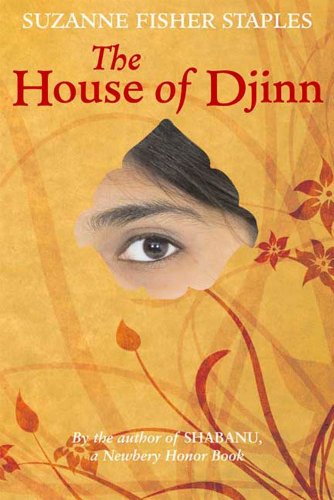 It has been ten years since Shabanu staged her death to secure the safety of her daughter, Mumtaz, from her husband's murderous brother. Mumtaz has been raised by her father's family with the education and security her mother desired for her, but with little understanding and love. Only her American cousin Jameel, her closest confidant and friend, and the beloved family patriarch, Baba, understand the pain of her loneliness. When Baba unexpectedly dies, Jameel's succession as the Amirzai tribal leader and the arrangement of his marriage to Mumtaz are revealed, causing both to question whether fulfilling their duty to the family is worth giving up their dreams for the future.

A commanding sequel to the novels Shabanu: Daughter of the Wind and Haveli, The House of Djinn stands on its own. Suzanne Fisher Staples returns to modern-day Pakistan to reexamine the juxtaposition of traditional Islamic values with modern ideals of love.
The House of Djinn is a 2009 Bank Street - Best Children's Book of the Year.