Showing Didikai Witch: The Beyond Series - Book 1 by Alison Kershaw 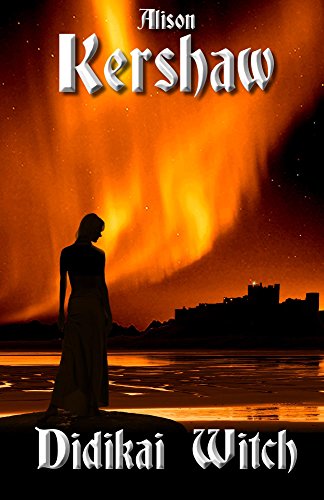 Amethyst Romanov, a powerful witch and descendant of an ancient family of spell-workers, is believed to be the prophesised one. Her clan reside in one of four castles around the UK living a reclusive life.
Tragedy befalls her family and coven; she is blamed for the apocalypse and cast out of the safety and security of Avalonia. She must fend for herself in the modern world amongst humans, known only to her clan as The Beyond.
Amethyst’s brother Michael, a sorcerer with an infamous reputation, helps her to adjust to modern life, but once alone she attracts the attention of the oddly named group of paranormal investigators, the Daryavaush.
Can she trust the Daryavaush? Who is the mystery creature following her in The Beyond? All Amethyst wants is Avalonia to accept their outcast gypsy witch, their Didikai Witch back into the fold.