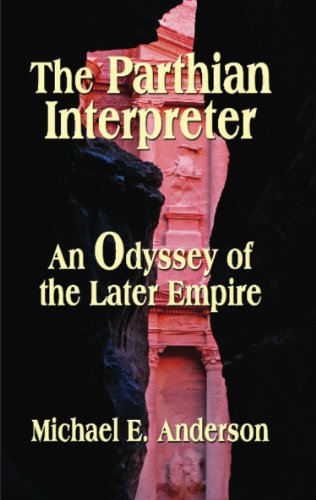 Chinese historical records mention a delegation of Romans arriving in the ancient Han capital of Luoyang in 166 CE. Who were these mysterious ambassadors? Ancient western sources are silent. In an speculative history with many twists and turns of the plot, the author creates an intriguing tale of what might have happened.

The odyssey begins in 162 CE. Rome is locked in yet another futile war with neighboring Parthia. Years of fighting have cut off the Parthian silk trade routes to China. Emperor Marcus Aurelius sends a war-weary Roman senator with an effete and arrogant Han-speaking Parthian slave to China on a secret mission to open direct sea trade between the two countries. The Parthian slave is more than he seems. A battle-hardened heir to the throne in his own country, he is on a mission of his own to free Parthia from both an unjust warlord and the Roman invaders.

For four years, the two protagonists and their cohort of Roman infantry battle their way across 10,000 miles of assassination attempts, land ambushes, naval battles, and love affairs won and lost to reach the Han emperor's court in central China. What they find there, coupled with the rising conflicts between master and slave, results in one man losing his soul and then his life. The survivor finds his true purpose and the woman he loves in a raw land far from his birth country.