Showing Beyond the Body Farm: A Legendary Bone Detective Explores Murders, Mysteries, and the Revolution in Forensic Science by Bill Bass 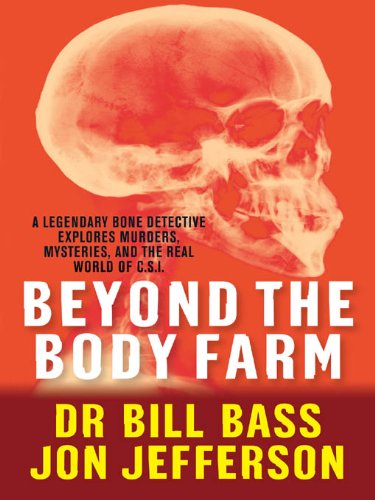 Dr Bill Bass' work, and in particular his Body Farm, has furthered forensic anthropology and made it possible to prove from the discovery of a skeleton, no matter how much time has elapsed since death, how and when death occurred and to whom the body belonged. His work has been vital for the sake of science and the cause of justice In Beyond the Body Farm Jefferson Bass details the most memorable cases from his career, including alibis he has broken, cold cases he has solved - including one from the Ancient world that took him to Iran - and several cases he has been able to revisit throughout his career as new techniques have become possible and scientific discoveries made. This is what happens when Dr Bass goes beyond the Body Farm.