Showing The Witness by W. E. B. Griffin 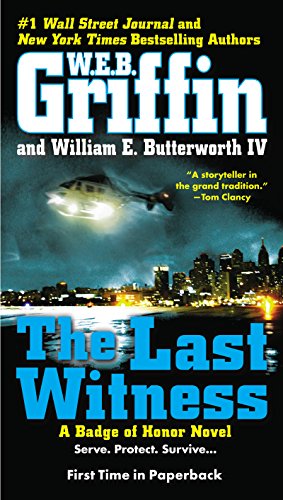 The dramatic new novel in the Philadelphia police saga by the #1 New York Times–bestselling author.

For Philadelphia homicide detective Matt Payne, the news from an old law-enforcement friend sends a shiver down his spine: a connection between the Mexican drug cartels and the Russian mob.

Russian girls are being smuggled in to work in the sex trade, and now some of them are dying or just disappearing. The trail leads right to Philadelphia—where Payne learns that’s not all. It isn’t just Russian girls who are vanishing. Teenage girls are being lured from foster homes. Police department sources are turning up dead. The lone living witness has gone into hiding, with everybody—the Russians, the cartels, some of Philadelphia’s most powerful politicians—all looking for her. It’s up to Payne to find her—and hope he gets to her first.