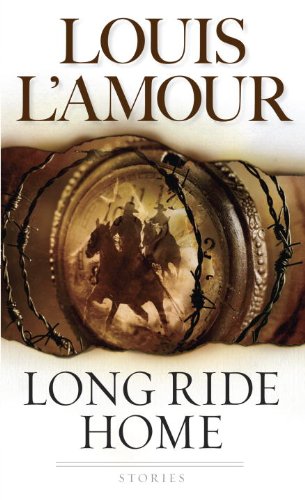 RIDE ALONG INTO DANGER

Traveling under an alias, the last thing gunman Clip Haynes wanted was attention. But Basin City needed a town-taming marshal, and a cold-blooded murderer was hiding behind Haynes’s real name. Now Haynes was coming out of hiding to protect his honor, save a town, and catch a killer—even if it cost him his life.

Lou Morgan was as tough as they came. But it wasn’t just the money or the challenge that motivated him to take on a suicide job involving a buried Spanish treasure and two greedy killers. It was love for a beautiful señorita who had left him for dead years ago.

It’s not easy being the new schoolma’am in town . . . especially when you’re a man. But Van Brady isn’t quite the tenderfoot he seems, and before he’s through he’ll teach a few hard cases a lesson they’ll never forget.

From the rough-and-tumble streets of San Francisco to the dry desert plains of Texas, from a roughshod gambler willing to wager his own life on a single bet to a killer with a heart, here are stirring tales of the Old West as only Louis L’Amour can write them, tales of men and women risking their lives, fighting their wars, and standing tall on the American frontier.