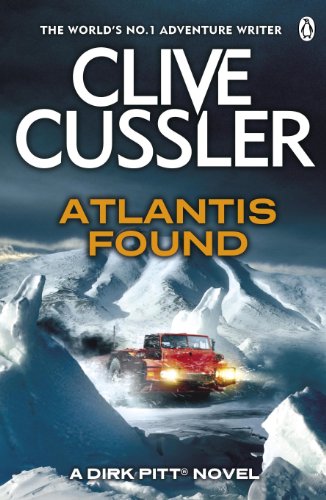 Around the world ancient artefacts are suddenly appearing, hinting at a catastrophe that will soon visit Earth ...

Dirk Pitt is on hand at a Colorado archaeological site where an ancient and mysterious artefact has been found - one that is perhaps linked to other strange objects turning up across the globe. And soon Pitt's skills and ingenuity are desperately needed to rescue the team after a suspicious explosion seals them deep underground.

It quickly becomes clear that the artefacts carry a message: warning of global Armageddon. Yet a shadowy organisation called the Fourth Empire not only wants to stop others from heeding that warning, but is also actively seeking to accelerate the end it foretells. Now Pitt and NUMA must face this diabolical foe, who will stop at nothing to wipe out all life on earth ...

Packed with blistering action and hair-raising suspense, Atlantis Found is Clive Cussler at his brilliant best. Atlantis Found is the fifteenth of Clive Cussler's bestselling Dirk Pitt thrillers - the series that also includes Arctic Drift and, his first novel, Mayday - in which the discovery of an artefact could mean the end of the world.

'The guy I read' Tom Clancy

Bestselling author Clive Cussler has thrilled readers for four decades with his classic adventure novels filled with intrigue and plot twists. As well as the Dirk Pitt series there are also the NUMA and OregonFiles, the Isaac Bell adventures and the Fargo series. Other Dirk Pitt titles available in Penguin paperback are Valhalla Rising, Trojan Odyssey, Black Wind, Treasure of Khan, Arctic Drift, Crescent Dawnand The Kingdom.