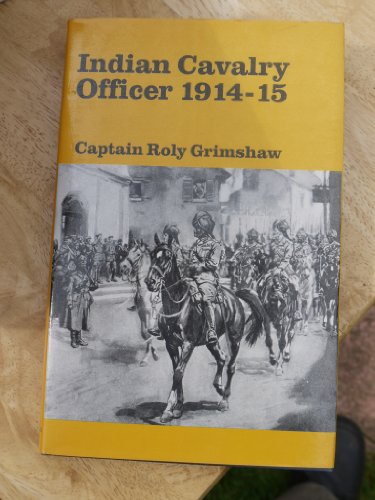 'Roly' Grimshaw, at the outbreak of the First World War in August 1914, was a Captain in the 34th Prince Albert Victor's Own Poona Horse Corps; he was at home on leave from India at the time, but eventually rejoined his regiment in Egypt when they were en route to Europe and was with them from their arrival in France until he was severely wounded in December 1914. The book is in three parts: the first is Captain Grimshaw's diary of his time from the outbreak of war until June 1915; the second part if a fictionalised account of the same period, seen through the eyes of an Indian NCO, Dafadar (Sergeant) Ram Singh, up to his return (after wounds) to India; the third part is an account (anonymous, but by 'Roly' Grimshaw) of a Depot Commander's day in India, training new recruits. The first part is diary of the action in France; he describes the suffering of the Indian Cavalry, holding muddy trenches in icy and snowy weather, never seeing mounted action, counter-attacking unknown positions, and being sniped at by unseen enemies. Well illustrated by contemporary photographs and a detailed map of the French battlefield.