Showing Tomb of the Eagles: Death and Life in a Stone Age Tribe by John W. Hedges 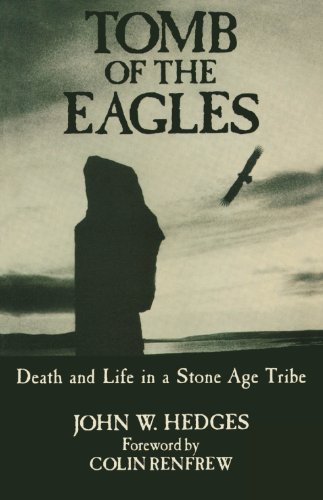 Isbister in the Orkneys is one of those extraordinary archaeological sites where the remains of Neolithic man and his works have been so well preserved that they give us an amazingly clear picture of the life and people of 5000 years ago.
In Tomb of the Eagles John W. Hedges describes vividly the activities of a tribe which had as its totem the magnificent white-tailed sea eagle. For these people the building and use of the tomb was symbol and expression of their identity. It was here that the dead joined their ancestors–but only after the flesh had been stripped from their bones. It was here, too, that offerings were made. Here broken pots were piled; fish, eagles and joints of meat mouldered; and the hands of the living sorted the heaped bones of the dead.