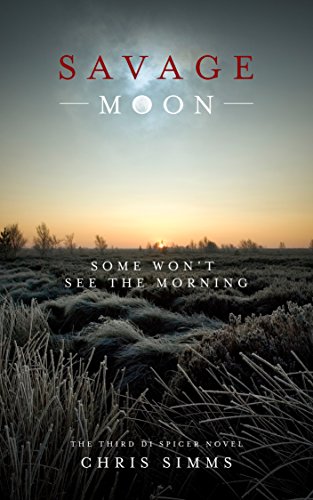 Third book in the critically-acclaimed DI Spicer series, also includes ‘The ideas behind the story’ and the opening of the fourth novel in the series, Hell’s Fire.

Chris Simms has been quietly building one of the best police procedural series in this country.
(CATHOLIC HERALD)

An atmospheric, psychologically astute and emotionally literate study of the nature of predator and prey, with an unexpected ending. (THE GUARDIAN)

Simms weaves an ingenious and surprising thriller with a big twist in the tale.’ (BOOK CLUB ASSOCIATES)

The plot has more twists and turns than a rollercoaster…fast-paced, involving, tense and well-written. (SHOTS MAGAZINE)

Simms is getting better and better. A chilling thriller, this will have you leaving the light on when you climb into bed.’ (LOVE READING)

The body of a woman with her throat ripped out is found on Saddleworth Moor, near Manchester. She is discovered in an area where several sightings of a large black cat have been made.
When analysis shows that hairs caught under the victim's nails are those of a panther, it’s assumed the animal has killed its first human prey.
Then a man DI Jon Spicer is investigating as part of an entirely different case is murdered in exactly the same way. Only this time the body is found in a secluded car park far closer to the city centre.
Spicer is soon on the trail of a killer dubbed ‘The Monster of the Moor’, a creature whose stealth and savagery strikes terror into the hearts of men and women alike.

Chris Simms' acclaimed first novel in the DI Spicer series, KILLING THE BEASTS was selected as a Best Crime book for 2005 by SHOTS magazine. He was then selected as a Waterstone's Author for the Future, one of 25 writers tipped by publishers, editors and agents, to produce the most impressive body of work over the next quarter century. Since then he has been nominated several times for the THEAKSTON'S CRIME NOVEL OF THE YEAR and for CRIME WRITERS’ ASSOCIATION DAGGERS. Chris lives in Manchester.

Find out more on his official web site, www.chrissimms.info or, for regular postings, see his Facebook page at www.facebook.com/AuthorChrisSimms