Showing Four Personalities from the Forest of Dean by Ralph Anstis 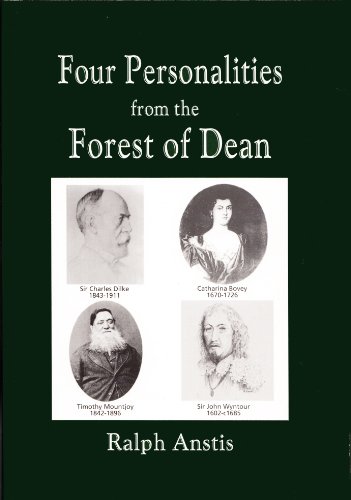 This book of four biographies are of people who in their time were widely known and well-regarded in the Forest of Dean in West Gloucestershire and was inspired by The Personalities of the Forest of Dean by the Revd H. G. Nicholls. His book was published in 1863. It carried thumbnail sketches, some less than half a page long of 22 families and four vicars, together with a penetrating essay on the Foresters in general. These four biographies are longer than those of Nicholls and are of: 1. Sir John Wyntour, Forest businessman, aristocrat at the Court of Charles I, private secretary to his Queen and daring cavalier in the Civil War, whose family held large estates and properties in the Forest and who spent time at the Royal Court, frequenting the palaces of James I, Charles I and Charles II; and who was for many years the private secretary to Charles I's wife, Queen Henrietta Maria. He was related to two powerful Catholic families - the Somersets and the Howards and was one of the richest men in the kingdom, making huge loans to Charles I. 2. Catharina Bovey was born in 1670 and became a young widow at 22, inheriting Flaxley Abbey, along with a large fortune. She divided her time between London and the Forest; and whilst in London moved in exalted literary circles such as Pope, Swift, Addison and Steele. She spent the summer months in the Forest, looking after the business side of her estate and the welfare of her villagers. She is said to have resisted several marriage proposals. 3. Timothy Mountjoy, the Forest miner, whose desire to better the material needs of his fellows coupled with his religious zeal led him to found the first miners' trade union in the forest. 4. Sir Charles Dilke is the final biography - he went to the Forest after his political career was ruined by his involvement in one of the biggest society divorce cases Victorian England experienced, and he came to love the Dean and its people and became its much loved and respected MP.