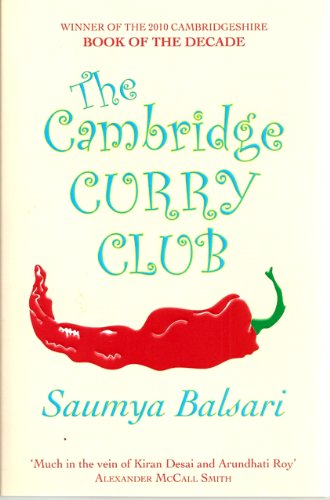 It's Cambridge. Not college or chapel, but the shop 'IndiaNeed' on colourful Mill Road. Nothing should go wrong on a normal day, but everything does. How was an adult video of Snow White and the Seven Dwarfs sold with the Lego? Disaster, death and romance appear on the menu as three women of Indian origin and a fierce Irishwoman battle their arrogant Armani-clad English employer. Will the bungling heroines survive despite lovers, husbands and eccentric customers? "This very short December column is dominated by Little, Brown, Orion and Pan and has given me time to read a truly charming BlackAmber title that I highly recommend, The Cambridge Curry Club. This is fascinating. Centred on a Cambridge charity shop supporting an Indian village, it unfolds slowly in slices of the volunteers' lives, using delightful caricatures that build to reveal a plot. However, it's their philosophy, hopes and acceptance of life that really shine through this quietly hypnotic novel, very much another in The Number 1 Ladies' Detective Agency territory" – Sarah Broadhurst, Ones to Watch, Paperback Preview: December, The Bookseller