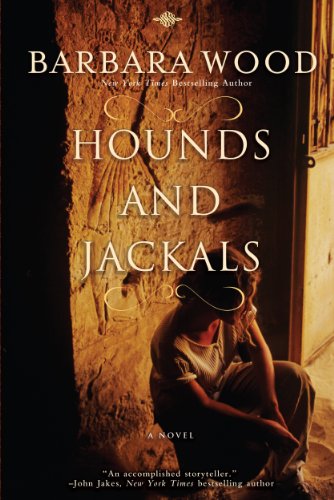 It's been four years since Lydia Harris last spoke to her elder sister, Adele. When Adele telephones from Rome and interrupts Lydia's work as a nurse at the Santa Monica Emergency Hospital, she's more than a little surprised—and curious. Adele explains that she sent a parcel to Lydia, and after Lydia receives it, she must come to Rome at once. Disturbed by her sister's cryptic message, Lydia is further puzzled when the parcel arrives containing a beautiful Egyptian gaming piece in the form of a jackal. When Lydia's apartment is suddenly burglarized, she's astonished that the only thing stolen is the wrapping paper in which the jackal was mailed. Deeply concerned about her sister's fate, Lydia determines to track her down, flying first to Rome and then to Cairo. But the deeper she becomes involved in her search, the further she leaves behind the comfortable world of her hospital and the undeclared love of a handsome doctor. Drawn into a lethal battle of wits, Lydia confronts murder, mysterious strangers, and death threats. But in a final confrontation in the Valley of the Kings, Lydia just might face her worst nightmare.

"A master storyteller. She never fails to leave the reader enthralled." —Elizabeth Forsythe Hailey, author of A Woman of Independent Means

“Wood shows herself a wizard at juggling action and romance, maintaining the momentum and sparkle of both.” —Kirkus Reviews

“Entertainment fiction at its best.” —Booklist