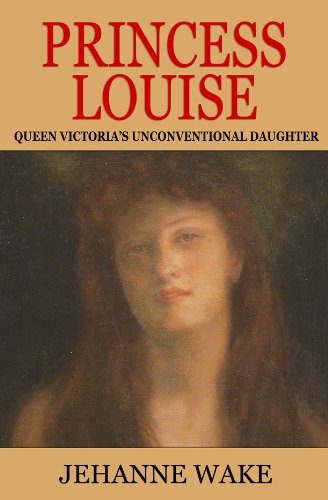 Princess Louise, Duchess of Argyll, was the sixth child of Queen Victoria. Born in 1848, that year of revolution in Europe, her childhood was painfully overshadowed by the death of her father, the Prince Consort. Her mother's subsequent seclusion not only rocked the foundations of the Monarchy but also proved to be a traumatic period for her family. Whilst still a teenager, Princess Louise found herself thrust into the centre of British political life.

Her marriage in 1871 to the Marquis of Lorne, heir to the Duke of Argyll, was controversial because she was the first daughter of the Sovereign to marry a commoner since the sixteenth century, and he was a Liberal MP. On his appointment as Governor-General, she accompanied him to Canada and travelled extensively in the United States, only a few years after the end of the American Civil War.

It was on her return home that she embarked upon the quest that was to consume her energies for the rest of her long life: the need to escape from the confines of royal circles and to be 'useful'. A talented artist and sculptress, she mixed with Whistler, Boehm and Gilbert. She also took a keen interest on the education of women and was concerned with women's rights. At the same time she was in the forefront of the trend which saw royalty lend its name to causes as diverse as needlework and medicine. Her story depicts almost a century of social and political history.

Jehanne Wake has drawn on a wealth of unpublished material to throw new light on Queen Victoria and the evolution of Monarchy, as well as to provide a vivid and moving portrait of a remarkable woman.

Well written and easy to read, not a book to dip into but to enjoy in a few lengthy sessions. Mrs Wakes writes with a gentle elegance: it is not unlike reading a Jane Austen novel. She remains loyally on the side of her heroine who emerges as a hater of petty convention and the instigator of many important charitable institutions and hospitals.’ Hugo Vickers, The Times

‘Princess Louise is an excellent piece of work. By the excellence of her research and writing Ms Wake has shaped a very entertaining biography.’ Kate Saunders The Independent

‘The author proves to be a model biographer, literate, accurate and exceptionally well informed.’ Piers Brendon, The Observer

‘This well researched, graceful volume is a double history illuminating the families both of the Princess and of her father in law the 8th Duke of Argyll.’ Kenneth Rose, The Sunday Telegraph

‘This unusual royal biography is most diligently researched and told with great integrity. I recommend it to all who enjoy a right royal read.’ Elizabeth Longford