Showing From Baghdad, With Love: A Marine, the War, and a Dog Named Lava by Jay Kopelman 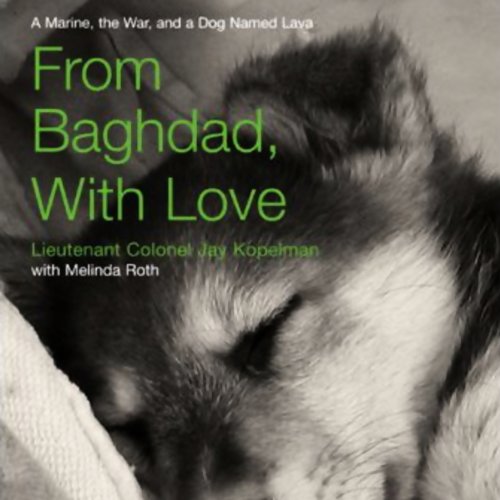 Love and hope often arrive in the strangest places and in the strangest ways. During his tour of duty in Iraq, Lieutenant Colonel Jay Kopelman of the U.S. Marines endured the emotional stress common for those involved in bloody battles for freedom. Although the rules forbid pets, Kopelman and his comrades adopted an abandoned puppy left behind after the battle for Fallujah. The dog (named Lava) befriended the Marines and journalists, and was eventually smuggled out of Iraq by the soldiers with the help of NPR reporters, John van Zante and the Helen Woodward Animal Center, Iraqi citizens, and the Iams pet food company.