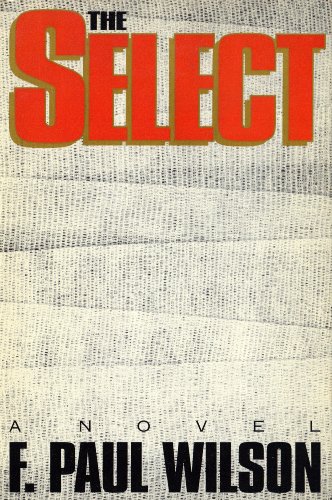 “Wilson is one of the masters of the medical thriller.” (Larry King)

"Drawing on many years experience as a practicing physician, Wilson wrote this fast-moving thriller under a pseudonym. This is a powerful read with a chilling premise about diabolical doctors (and big pharmaceutical companies)... as Quinn Cleary slowly discovers the grisly truth of the school's research...with the suspense mounting relentlessly until the satisfying conclusion." (Publisher's Weekly)

"Coming from a farm family of modest income, Quinn Cleary can only go to medical school if she is accepted by The Ingraham, whose program is so exclusive that application is by invitation only and all expenses are absorbed. She is crushed by her rejection but some quick and devious action on the part of her friends gets her enrolled. Quinn finds the education almost too good to be true until she notices subtle changes in her classmates, a common line of opinion, and a mysterious "Ward C." Could it be that the medical students are being brainwashed? Could the school's administration be frustrated with tedious and lengthy FDA regulations and be experimenting on humans? As Quinn tackles the mystery, she puts her own life in danger as her discoveries threaten to topple a pharmaceutical empire. A suspenseful medical thriller so believable it could almost pass as nonfiction." (Library Journal)