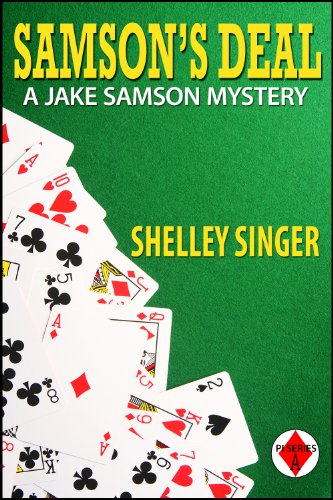 "Singer has a good ear for dialogue among the witless … It's fun to watch [Jake and Rosie] work together, and the bad guys eventually get their satisfying comeuppance, after an interesting plot twist that keeps things hopping till the very end." —San Francisco Bay Guardian

Ex-Chicago-cop Jake Samson is tired of the rat race. He's living in laid back Oakland, California with a couple of cats and just enough savings to eat canned oysters and accept collect calls from his bemused parents, when an old friend--a progressive political science professor--calls with an enticing offer. Seems the professor's wife was found dead in the backyard of their Berkeley home, and he wants to pay Jake ten thousand dollars (plus expenses) to figure out whodunit.

The police pick up the usual leads; jealousy, dirty politics, and an estate worth killing for. Naturally, since the professor is the dead woman's spouse, he's the primary suspect. Samson doesn't like the guy much, but the case heats up—quite literally—when the professor's office is set afire by a radical right wing activist group, of which, it turns out, the wife was a member.

With his good friend Rosie, and her justice-dispensing two-by-four, Samson follows a twisted trail that leads through the Bay Area's bizarre cultural labyrinth, from pop meditation ashrams to neo-Nazi rallies, to the startling but all too human truth.

“Great bar scenes, a wonderfully wry narrative, and the obvious nonsexual affection between Jake and Rosie will have readers clamoring for more.” -Library Journal

“A fast-paced and often frightening look at the insidious attraction of the extreme right. Even though most of those drawn to the group may be on the lower end of any IQ chart, their sense of dedication to the mistaken idea that they possess a genetic and racial superiority is enough to make them very dangerous. This Shelley Singer novel is recommended.” -Bookbrowser

"...one of the nicer guys in the private eye business, who operates in a relaxed, casual style without need for macho posturing." -Washington Post

Shelley Singer is the author of ten mysteries, two science fiction novels, one mainstream fiction, and many short stories.