Showing Beyond Justice: The Auschwitz Trial by Rebecca Wittmann 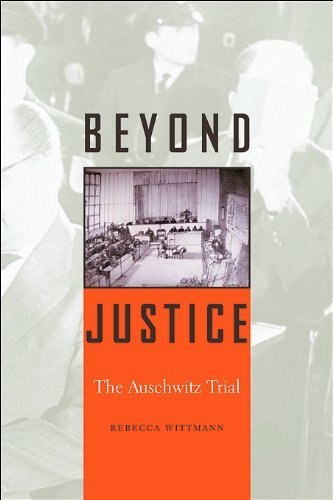 In 1963, West Germany was gripped by a dramatic trial of former guards who had worked at the Nazi death camp Auschwitz. It was the largest and most public trial to take place in the country and attracted international attention. Using the pretrial files and extensive trial audiotapes, Rebecca Wittmann offers a fascinating reinterpretation of Germany’s first major attempt to confront its past.