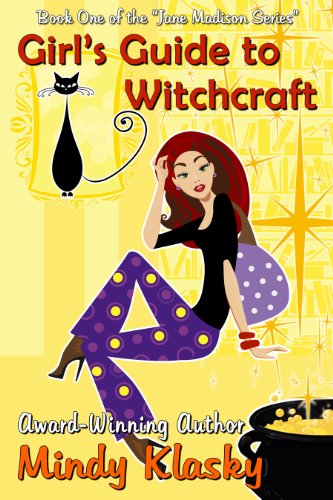 In this humorous paranormal romance, Jane Madison has a problem. Or two. Or three. She's unhappily working as a librarian. She has a crush on her oblivious Imaginary Boyfriend. And she just learned she won't receive a well-deserved raise; instead, she can live for free in a cottage on the library grounds.

When Jane settles into her new home, she discovers a hidden chamber lined with ancient books about witchcraft. Her first spell awakens a feline familiar. Her second makes her irresistible to men. Those magical workings attract a sexy magical warder, and Jane's life is quickly turned upside down.

Does Jane have what it takes to become a real witch?