Showing Milan since the Miracle by John Foot 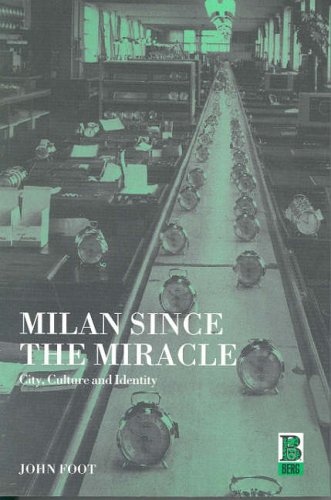 This book is the first comprehensive post-war history of one of Europe's most vibrant cities throughout an extraordinary period of social, cultural and economic change. The capital of Italy's economic miracle of the 1950s and 60s, Milan was a magnet for immigrants, as industry, design and culture created a heady mix of wealth, innovation and conflict. By the 1980s, heavy industry had all but disappeared and the city had reinvented itself as the world capital of fashion and a dynamic post-industrial metropolis. Meanwhile, the urban landscape was darkened by the bleak estates of the peripheries and the corruption scandals that exploded in what became known as 'Tangentopoli', or Bribesville. This fascinating book traces Milan's 'biography' through its buildings, design, fashion, cinema, families, immigrants and television. The city emerges as a potent economic power-house and laboratory for change, where art and culture converge in a modern but problematic urban space. Anyone interested in Italian history, urban studies or the future of Europe's cities will find this book an essential read.