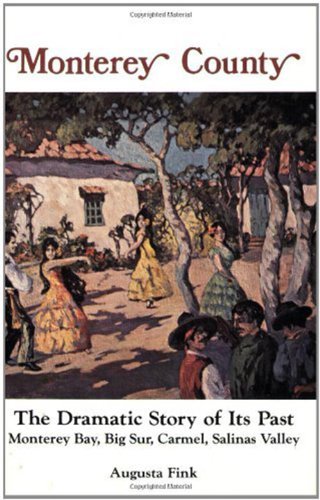 "The tumultuous history of Monterey County, including Salinas, comes alive in Augusta Fink s comprehensive and exceedingly readable account of the area. Winner of the Commonwealth Club's Silver Medal for Literary Achievement."
Monterey County—the land where California began—has a history as varied as its picturesque terrain of stunning shoreline, fertile farmlands, and soaring mountain wilderness. It is a history that closely parallels that of the state of California, from the aboriginal inhabitants to Spanish explorers and mission builders, to the first families who came from Mexico and became the romantic, affluent rancheros, to American pioneers and developers.