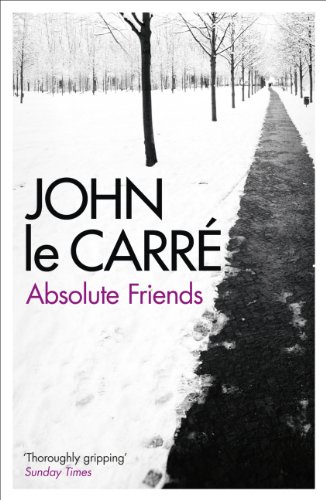 Absolute Friends is a superbly paced novel spanning fifty-six years, a theatrical masterstroke of tragi-comic writing, and a savage fable of our times, almost of our hours.

The friends of the title are Ted Mundy, British soldier’s son born in 1947 in a shining new independent Pakistan, and Sasha, a refugee son of an East German Lutheran pastor and his wife who have sought sanctuary in the West.

The two men meet first as students in riot-torn West Berlin of the late Sixties, again in the grimy looking-glass of Cold War espionage and, most terribly, in today’s unipolar world of terror, counter-terror and the war of lies.

Absolute Friends presents us with magical writing, characters to delight, and a spellbinding story that enchants even as it challenges.