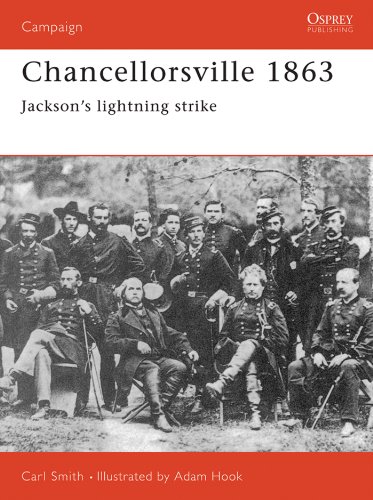 Following the debacle of the battle of Fredricksburg in December 1862, Burnside was replaced as commander of the Army of the Potomac by General Joseph Hooker. Having reorganised the army and improved morale, he planned an attack that would take his army to Richmond and end the war. Although faced by an army twice his size, the Confederate commander Robert E. Lee split his forces: Jubal Early was left to hold off Sedgwick's Fredericksburg attack, and 'Stonewall' Jackson was sent with 26,000 men in a wide envelopment around Hooker's right flank. This title details how at dusk on May 2, Jackson's men crashed into the Federal right flank, and how stiffening Federal resistance slowed the Confederate advance the next day.