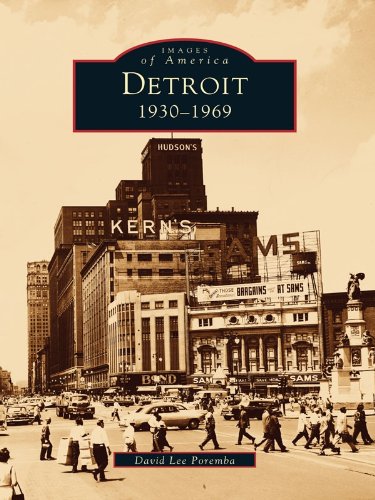 As the roaring twenties came to an end and a new decade dawned, the United States found itself locked in the grips of the Great Depression. The City of Detroit was no exception as industry laid off workers and bread lines formed across the city. Detroit Mayor Frank Murphy let the country in supporting state and federal welfare programs to help people through the economic crisis. By the middle of the 1930s, Detroit began picking itself up out of the economic mud and was soon flexing its industrial muscle as manufacturing, led by the auto industry, put the Motor City back into shape. As the decade ended and war approached, the city was ready to take its place on the world stage. The country reeled from the shock of the attack on Pearl Harbor and had to shift its industrial might from civilian use to the war effort. Nowhere was that more evident than in Detroit. Its huge manufacturing capabilities, when turned to the making of the implements of war, earned the city a new nickname. The Motor City became to the Arsenal of Democracy and began to evolve once more. The influx of workers from the Deep South to the war industry added yet another facet to the city's society and culture. As the Second World War came to a close and production re-tooled for the return to civilian life, an economic boom swept through Detroit. The city celebrated its 25oth birthday in 1951, prompting an outpouring of funds to build with. Major additions were made to the Art Institute, the Detroit Historical Museum, and the riverfront.