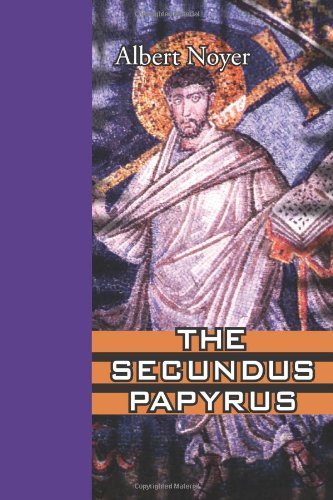 A Gothic Empress, a doctor and his trainee wife, an ambitious senator, a pious abbot…these are the prime movers in this gripping mystery set in 5th century Italy. When Getorius is invited to the palace and visits the newly built Mausoleum, he discovers an ancient papyrus with explosive contents that would have huge and devastating repercussions on the Empire if it were made public. Could the papyrus possibly be genuine? Who hid it in the Mausoleum and why? Are they planning to reveal its contents? How is it connected to the symbol of a rooster that keeps appearing? One by one, those who were with Getorius when the papyrus was discovered begin to die under suspicious circumstances. Getorius and his wife Arcadia must get to the bottom of the mystery before the plot is unleashed, and before they become its next victims!With fascinating insights into 5th century medicine, religion, society and culture, The Secundus Papyrus is original, dramatic, and exciting; an evocative and detailed historical mystery that brings the twilight years of the Roman Empire to life.