Showing Candles in the Storm by Rita Bradshaw 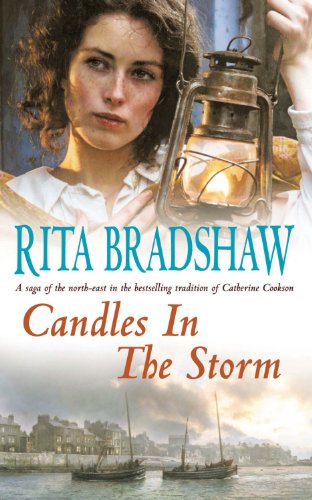 The storm that's raging when fisherman's daughter Daisy Appleby is born in a village just north of Sunderland could be taken as a warning of a turbulent life ahead. It's during another storm fifteen years later that her father and brothers are lost and Daisy rescues William, heir of a wealthy Southwick family, with whom she falls in love. Soon, as her reward for saving him, Daisy is working for William's irascible aunt, while local lad Alf continues to court her. Warned off by Daisy's grandmother, William denies his own feelings and so it will be many years later, after much hardship and turmoil, that Daisy finds the happiness she deserves, amidst the drama of the Great War.