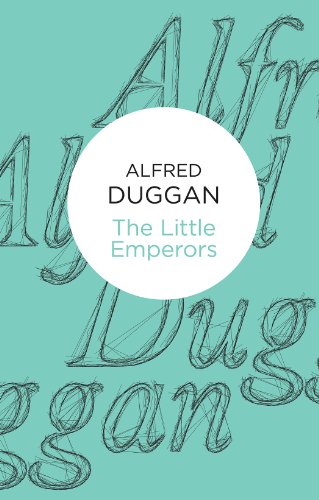 The Little Emperors was Alfred Duggan’s third novel and is celebrated among those who know his books well (and was given prominence, for instance, in an article on his work as a whole, up to that time, which appeared in The Time Literary Supplement of 22 May 1959). It has a fascinating subject – the little Emperors, or little Caesars, of the title are those who were proclaimed in Britain when the barbarians overflowed into Gaul and this island was isolated from the Empire.

Historian, archaeologist and novelist Alfred Duggan wrote historical fiction and non-fiction about a wide range of subjects, in places and times as diverse as Julius Caesar’s Rome and the Medieval Europe of Thomas Becket. Twelve of his classic novels have now been republished by Bello.

‘Analogies with modern times suggest themselves but are never underlined. This is a work of historical reconstruction . . . it wins respect by a cunning accumulation of detail and by the illustration of Roman fortitude which the character of Felix provides.’ Times Literary Supplement