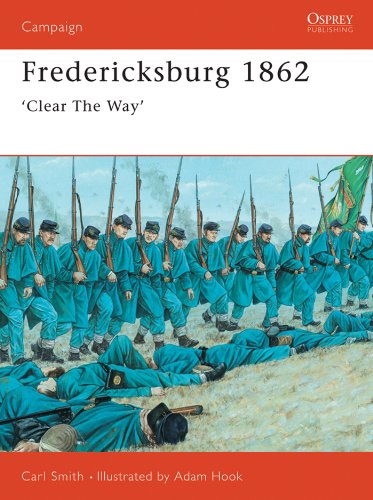 In December 1862, things were still confused for the Union. Antietam had been a failure for both sides, and although the battle showed that the Union army could bring the Confederates to bay, it couldn't pin them in one place long enough to destroy them. In December 1862, General Burnside, newly appointed to command the Army of the Potomac, planned to seize and secure the town of Fredericksburg, and then take the Confederate capital of Richmond. Carl Smith's book details the epic struggle that engulfed the Union side as it crossed the Rappahannock on December 11, encountering stiff opposition from Lee's men.