Showing Where the South Lost the War : An Analysis of the Fort Henry-Fort Donelson Campaign, February 1862 by Kendall D. Gott 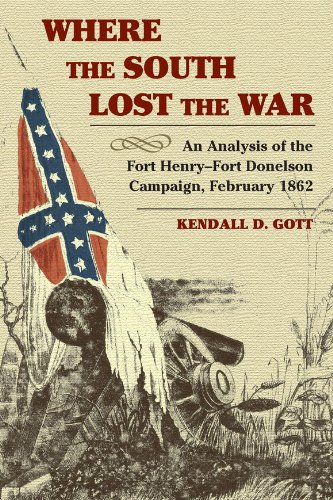 With the collapse of the Confederate defenses at Forts Henry and Donelson on the Tennessee and Cumberland Rivers, the entire Tennessee Valley was open to Union invasion and control. These Northern victories set up the 1864 Atlanta Campaign that cut the Confederacy in two. Had Confederate planning and leadership been better, no one can say what difference it might have made to the Civil War in the West and the outcome of the war itself. Award-winning, gripping narration of day-to-day operations.