Showing The Story of Greenwich by Clive Aslet 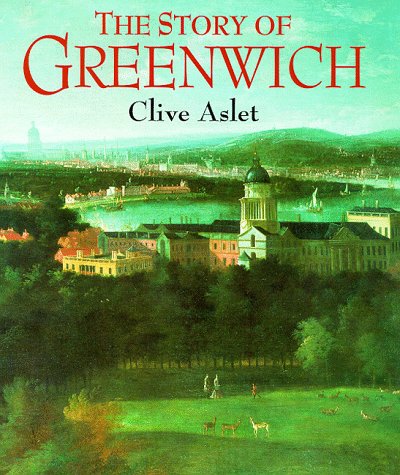 A hot topic, of course, with the building of the Millennium Dome, but Clive Aslet's portrait of this fascinating town-within-a-town is very much more than a cobbled-together bit of opportunism. He has a brilliant eye for the telling detail, and a great talent for imaginatively re-creating the past. From the earliest days, when the place was a wilderness of mudflats and reedbeds, right up to the present, Greenwich has been many things: a naval centre with the old Seaman's Hospital and later the Royal Naval College, a place of magnificent architecture, with contributions by Inigo Jones, Wren, Hawksmoor and Vanbrugh, and also an intellectual centre with the foundation of the Royal Observatory there in the 1670s, which established Greenwich Mean Time and made Greenwich itself, quite literally, the first place in the world.

Aslet also sprinkles his text with a good quota of amusing anecdotes- -particularly his account of George IV's estranged wife, Princess Caroline, whose antics are irresistibly reminiscent of a more recent Royal ex! During her residence at Montague House, she would hold parties where she would show off a curious little Chinese figurine on her mantelpiece that performed obscene movements, and then she would dance about like an opera girl, "gartered below the knee." As Lady Hester Stanhope wrote, "she was so low, so vulgar!" --Christopher Hart