Showing Behind the Curtain by Peter Abrahams 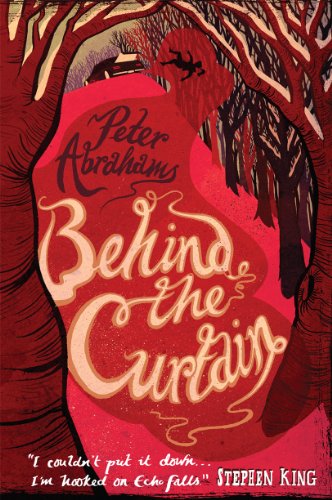 "Echo Falls'" own Sherlock Holmes - junior detective Ingrid Levin-Hill - is back in the second of a compelling series from Stephen King's "favourite American suspense novelist". In "Echo Falls", everyone has a secret...Ingrid's dad's job is in jeopardy, but he won't say why; her brother Ty is excessively moody, causing her to wonder if there's more to his fitness regime than just lifting weights; there's a shady new soccer coach; and, at rehearsals for The Wizard of Oz, Ingrid realizes something suspicious is going on at the high school. Inspired by her hero, Sherlock Holmes, she begins fishing around to find out who's really pulling the strings in "Echo Falls". But exposing them could put Ingrid's life in danger...This is the fast-paced sequel to the "New York Times" bestseller "Down the Rabbit Hole".