Showing The Wildcats of Exeter by Edward Marston 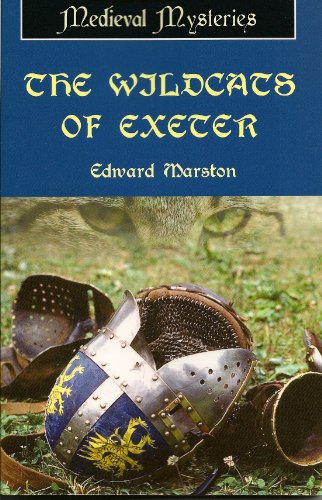 In the aftermath of the Norman Conquest, England is still struggling with difficult Norman-Saxon relations. Nobleman Ralph Delchard and legal expert Gervase Bret, along with other members of the Royal Commissioners appointed by King William, are once again sent out to hear and settle land and tax disputes, this time to Exeter in Devon. Upon their arrival they learn that Nicolas Picard, whose property dispute they had been scheduled to hear, has been killed by a wildcat, but with a telling wound that could have been inflicted only by a human. Meanwhile, the list of claimants to the property in question has grown to five. Could one of them be a murderer?