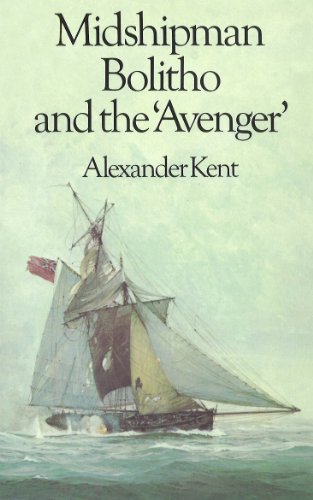 This story is set in the winter of 1773, in and around the West Country of England. Midshipman Bolitho's ship, the Gorgon, is laid up for refit, and he with some other 'young gentlemen' is allowed home for Christmas.

Bolitho, now seventeen, returns to his family in Falmouth, taking with him his best friend and fellow midshipman, Martyn Dancer. Bolitho soon discovers that all is not well in Cornwall. There are rumours of an increase in smuggling, even witchcraft, and when a murdered man is found near the Bolitho house, ugly rumour becomes reality. Wrecking, the most savage of all crimes, is a further cause for alarm.

Only a small and agile man-of-war can be of use against such restless enemies. To Falmouth comes one such vessel, the Avenger, and thoughts of a carefree leave are quickly forgotten by Richard Bolitho, especially when he learns the name of the Avenger's commander.

Alexander Kent's second novel to cover Richard Bolitho's early career follows the events described in Richard Bolitho - Midshipman, which was so warmly received by readers, young and old, of the Bolitho series.