Showing Bowled Over by Kasey Michaels 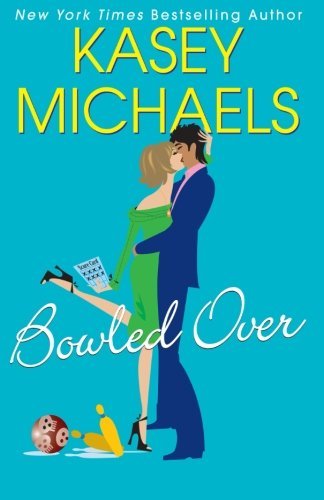 Mystery author Maggie Kelly had enough on her mind wondering how she was going to keep her fictional Regency Era creation from dropping to one knee with a marriage proposal. Then a murderer crosses the foul line-way too close to home . . . Another day, another crime scene. Maggie wouldn't mind putting a little distance between herself and the hunky Regency hero of her novels, Alexandre Blake, the Viscount Saint Just, who has miraculously come to life with talk of sweeping her straight down the aisle. But now that her parents have split up, Maggie is having trouble resisting Alex's tender loving care. So she invites him along to visit her family. Unfortunately, they arrive just in time to watch her father being taken away in handcuffs as a murder suspect! Thank goodness she has her very own romance hero. The local police are convinced Evan Kelly has killed his bowling buddy, who happened to be having an affair with Maggie's mom. It doesn't help that Evan's bowling ball was found next to the dead body. Her dad may have had motive, but Maggie knows he's definitely no killer. Luckily, she has Alex riding to the rescue-and making her wonder if a happily ever after might not be out of her league after all . . .