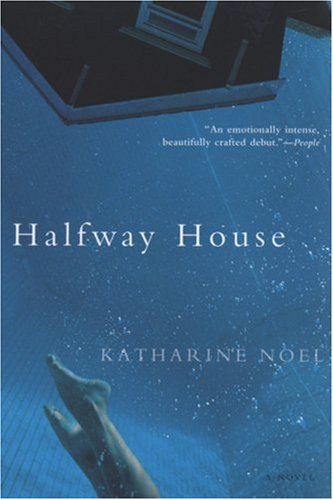 Met with overwhelming critical praise on its initial hardcover release— including raves from The New York Times and Entertainment Weekly— this remarkable debut novel by Katharine Noel illuminates the fault lines in one family’s relationships, as well as the complex
emotional ties that bind them together.
One day, Angie Voorster—diligent student, all-star swimmer and Ivy League– bound high school senior—dives to the bottom of a pool and stays there. In that moment, everything the Voorster family believes they know about each other changes.
Set in a small town in New Hampshire, Halfway House is the story of Angie’s psychotic break and her family’s subsequent turmoil. Angie is a charismatic young woman—brilliant, witty, and passionate—until she swings to manic highs and dangerous lows. Each of her family members responds differently to the ongoing crisis: Her father Pieter, a Dutch-born professional cellist, retreats further into his career. Her mother begins a destabilizing affair with a younger man. Her little brother, Luke, first distances himself as much as possible from his sister, then later drops out of college to be closer to her. And Luke’s college girlfriend, Wendy, who comes from a farming town in Iowa, provides an outsider’s perspective on the
family’s teeter toward collapse. The Voorsters manage for a time to maintain a semblance of the normalcy they had “before,” when they were the ideal New England family; it is not until Angie is finally able to fend for herself that the family is able to truly fall apart and then regather itself in a new, fundamentally changed way.

With grace and precision rarely seen in a first novel, Noel guides the reader through a world where love is imperfect, and where longing for an imagined ideal can both destroy one family’s happiness and offer it redemption. Halfway House introduces a powerful, eloquent new literary voice.