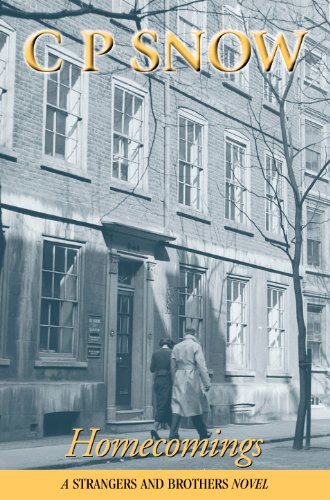 Homecomings is the sixth in the Strangers and Brothers series and sequel to Time of Hope, although a complete story in its own right. It follows Lewis Eliot’s life through World War II. After his first wife’s death his work at the Ministry assumes a larger role. It is not until his second marriage that Eliot is able to commit himself emotionally.